To give you an idea of what you can expect to see on our tours,

here are some photos from our various tours and trips to the battlefields. 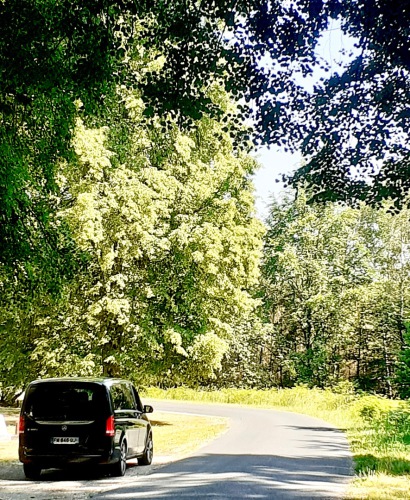 Back on the frontline in 2021 fo follow in the footsteps of a Doughboy of the 37th Division. His grand-nephew has sent us a nice testimonial after his visit:

"I contacted Sylvestre to ask him to help me trace the movements of my great-uncle, who served with the American Expeditionary Forces and was wounded in action in September 1918 during the early days of the Meuse-Argonne Campaign. On an unforgettable sunny June 2021 day, Sylvestre showed me not only sites where my great-uncle’s regiment saw action, he even researched and took me to the location where my great-uncle was wounded. Additionally, we visited quite a few other sites associated with the 37th Division that I would have otherwise never known to visit, plus others still where I was able to walk in trenches and see upclose the places where both Allied and German soldiers lived and died just ovee 100 years ago. The day ended with a visit to where my fellow Tennessean Sgt. Alvin C. York earned his Medal of Honor and to the American Cemetery, which in its beauty and pristine peacefulness packs a powerful emotional punch. Sylvestre’s passion for and knowledge of WWI history is contagious and his ability to explain the big picture of the war and little details is very impressive. I cannot say enough good things about the visit. You will thank yourself for organizing a visit with him."

One of our many tours to the Meuse-Argonne battlefields in the fall of 2016, magnificent countryside...

It was a "special" tour to Verdun: the battlefields were covered with snow for a unique atmosphere...

Visiting the site of Sgt. Alvin York exploits (Medal of Honor) we had the privilege to meet his grandson...