Our tours cover the entire Western Front, here are some of the other areas you might be interested in visiting ... anything is possible !

It was the first and the only offensive launched solely by the U.S. Army in the First World War. It was the largest air operation with 1.481 aircrafts available and the support of 419 tanks. The attack caught the Germans in the process of retreating, and the salient was successfuly reduced by the American troops under Pershing's command.

The 1st of July 1916 was the first day of the battle of the Somme, a major British offensive with the support of the French aimed to break throught the German lines. By the time the battle ended, nearly five month later, more than one million men had been killed, wounded or missing.

The Vosges front is a mountainous area, it was the old border between France and the German Empire from 1871 to 1918, and the only area on the Western Front to see mountain fighting in the Great War. The mountains were the scene of numerous battles that now make it an open-air museum.

Go to WW II sites
Contact us for Information, Price or to Book

√ : Pick-up and drop-off from REIMS or any other location in the area

√ : Access to all the sites and museum fees included

√ :Tailor made tour: let us know what you are interested in ! 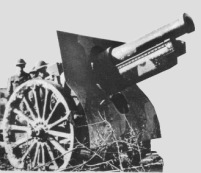